Now here is a brand new game, CanPin, you could be the first person in your area to have one. Be a trendsetter and lead the pack with this new, fun game. It is a combination of horseshoes and ring toss.

Once you have your game, it will take just a couple of minutes to assemble it, place one game board down and then pace out 15 feet and set the other game board down.

How do you play CanPin?

The object of the game is to score 21 points before your opponent does, by tossing your hoop over the pins on the game board, without knocking the can over that is positioned on the center pin.

The second player from each team will then throw their hoop to the opposite game board from where they are standing. This process will continue through the rounds until one team accumulates 21 points.

How do you Score Points?

Pin points are the points that a team earns by having their hoop around those particular pins. There is a maximum of five pin points with each throw, four are around the outside and there is the middle CanPin. The scoring element includes cancellation of equal pin points between opponents.

NOTE: A team with 20 points can win the game with a single can point, regardless of the number of possible pins within their opponents hoop. 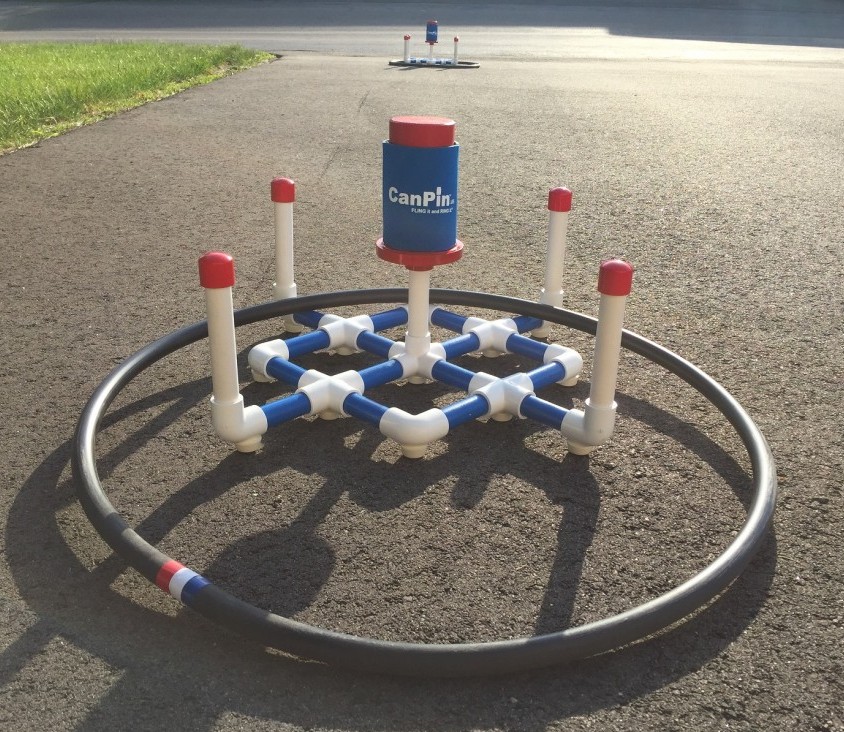 As mentioned above, the game is played to 21 points or more, using the point cancellation scoring method. If Team “A” gets their hoop over 3 pins and Team “B” gets their hoop over 1 pin, Team “A” will earn the difference, which is 2 points. The pin points are totaled each round and added on to the teams running score. The winning team does not have to win by two or more points, they just have to reach 21 points first.

So what comes with the game?

The game comes with two weighted game boards with ten removable pins/stakes, 2 cans with koozies, 2 weighted hoops, and a carrying case with a strap. 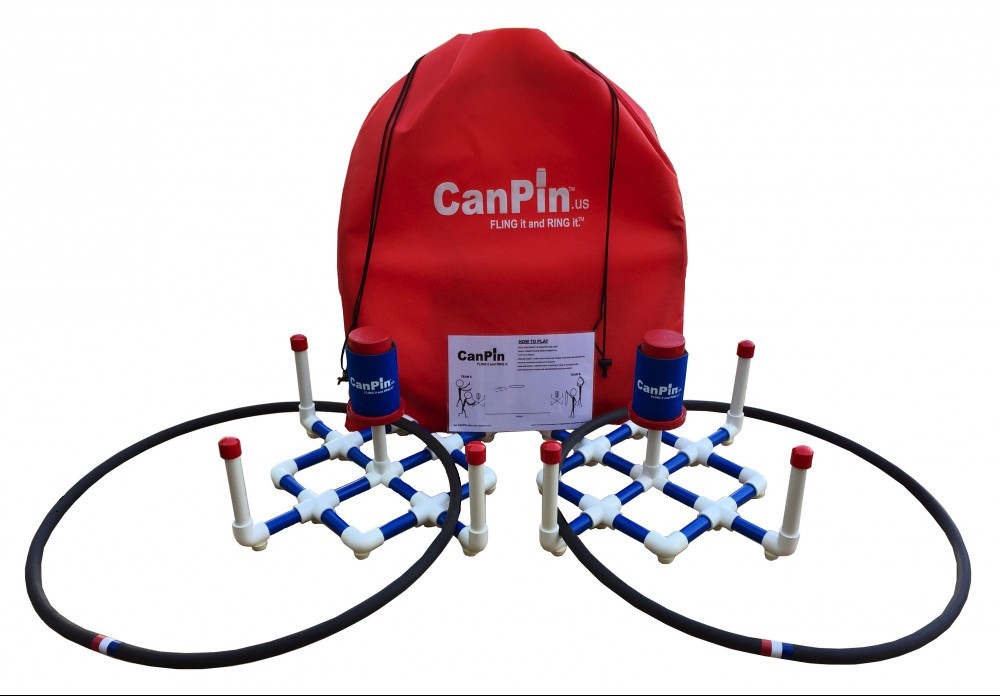 What variations can be made to the game?

If you decide to put an unopened beverage of your choice in place of the wood “cans”, it should be decided ahead of time if the winner or the loser will have to drink the dented up can. You can look at it as a victory drink or a losers reward, or a punishment since the drink is probably warm and shaken up. However, you want to incorporate that into your rules can work.

Why haven’t I heard of this game and where can I buy it?

When I started this post, I mentioned this is a brand new game. You will want to check it out and be that friend or neighbor who introduces the game to your city.

Right now you can purchase CanPin at their site: Canpin.us or on Amazon

Get on board this train and have fun while staying active.  Let me know, by leaving a comment,  if you have played CanPin and what you think of the game.